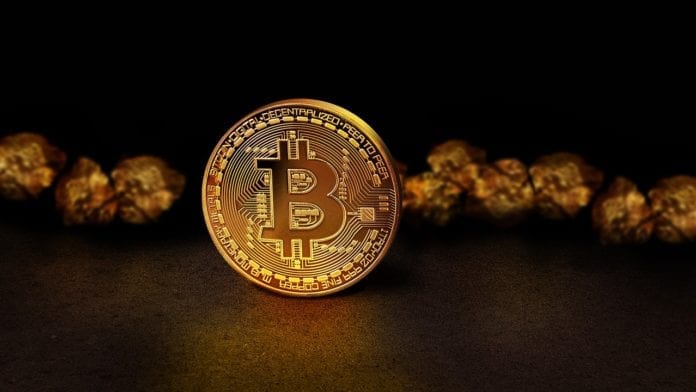 The New York Times recently reported on the unwelcoming “blockchain bros” culture established in the cryptocurrency space. This toxic, misogynist culture features blockchain sexualized marketing campaigns and conferences, and a lack of representation at the 2018 North American Bitcoin Conference, which had 84 male speakers compared to 3 female speakers. Furthermore, “some studies estimate that women account for only 4 percent to 6 percent of blockchain investors.”

While this article’s portrayal of the toxic masculinity pervasive in many tech sectors , including blockchain and cryptocurrency is accurate, it failed to account for the bold women who are taking back blockchain from the bros. We’ve touched on this issue in our previous article, “Women interested in cryptocurrency are about to change the future of blockchain” and today we revisit it.

“What I was disappointed about in the article was that we weren’t discussing the actual work that women were doing in the sector,” Jobanputra said “During my 5 years of investing in the space, I’ve come across brilliant women, and more and more as time goes on who are involved in regulatory conversations and starting new companies in the sector. I’d like to see these women highlighted.” Nor was Jobanputra the only woman in blockchain who took issue with the NYT article.

Masha Drokova, founder of Day One Ventures, told Forbes that she disagreed with the article entirely.

“The attitude towards women in the cryptocurrency space is much better then the article describes,” Drokova explained. “In fact, I believe that no one really cares about your gender. They only care if you are able to deliver or not. The crypto space is not about gender, but more about your energy, professionalism and speed. As a female investor and professional I never felt more appreciated and supported in any industry than in blockchain.”

Although the cryptocurrency industry has inherited its tech origin’s reputation as an “all boys club” rife with bad behavior typical of “Blockchain Bros”, women working in the cryptocurrency industry are stepping forward and speaking out about their accomplishments. They hope to empower other women to enter the field and create an inclusive environment for the next generation.

Jimmy Ku, director of business development at River Ecosystem, recently hosted the “Empowering Women in the Cryptocurrency Space” panel at the illustrious South by Southwest just this week.

When asked about his thoughts as a man on the New York Times article focused on women, he confidently explained: “When I first read the article, my initial reaction was agreement. I was at the Bitcoin Miami Conference in January and remember the uproar over the lack of inclusion for women in the crypto space. And there is no doubt that the crypto sector is similar to the overall tech industry, where the majority of folks involved are male. I saw how timely and engaging this topic was and I felt that this would be a perfect opportunity to have the discussion where women in the space would express their opinions and talk about their accomplishments.”

All four of the women who spoke on that panel are early innovators well known in the cryptocurrency space.

Tina Hui, CEO and founder at Follow The Coin, gained interested in Bitcoin back in 2013 when she war working a consulting project focused on cryptocurrency mining. Follow The Coin became a leading video education, advocacy, news and investigative journalism publication in the cryptocurrency world.

During the panel, Tina discussed the importance of early innovation and entrepreneurial integrity in the cryptocurrency and blockchain community regardless of gender. “The main point is this is a brand new landscape to innovate in, which is part of the allure of Bitcoin. Everyone in this space gets to be on the front line of creating something new. And we are all learning together, regardless of gender,” she elaborated.

Elvina Kamalova, another panelist, is currently the director of growth at Blockmason, which launched a decentralized app on blockchain called Lndr.io last week.

Elvina is aggressively promoting the adoption of blockchain technology by conducting ICO research and tech analysis of blockchain-based companies. Like Tina, Elvina views the crypto space as an opportunity to create change as an innovator for both women and men.

“I think that the blockchain space is about delivering excellence and developing great products, and it is also important to let the people around you know that you are working on these things. People will then start noticing the work you are doing and may not necessarily think about the fact that you are a woman in blockchain, but rather focus on your accomplishments. The blockchain industry is still in a very early stage of development, which means it’s the perfect time to address the possibilities and concerns of the growing blockchain market and adopt paradigm shifts in the industry. Let’s proceed with creating the right culture and visibility, while delivering excellence to build the future,” Kamalova explained.