Bitcoin was the pioneer of the now thriving industry known as cryptocurrency. Back in 2009, it was the first to develop blockchain, the underlying code behind cryptocurrency which solved the dreaded “double spending” problem. For a refresher on how blockchain works exactly, please refer to “What is Blockchain Technology?”

While Bitcoin was the first to use/develop it, blockchain is an open code application, meaning anyone can legally modify it for new uses (versus proprietary code which is privately licensed). As a result, new types of cryptocurrency sprung up to varying degrees of success and popularity.

More than 6 million people now own some form virtual currency, many of whom hope to trade the cryptocurrency to join the ranks of “Bitcoin billionaires.”

Now, cryptocurrency transactions are common in online exchanges, lending an anonymity often associated with fraudulent or criminal activity. However, that anonymity, as well as the convenience and speed of the transactions, have also fueled the popularity of cryptocurrency.

Cryptocurrency may soon play an even bigger role in our everyday finances. Although we have not yet seen a shift away from cash, experts predict a combination of independent and national cryptocurrency could eventually replace the physical coins and paper notes that people have been using for millennia.

The transition from physical to digital coins would likely take at least a decade, a drop in the bucket relatively speaking. Many retailers are already jumping on the Bitcoin bandwagon, such as Microsoft and Expedia, who already accept cryptocurrency. A recent survey of 100 U.S. merchants further revealed that 60 percent would accept Bitcoin as payment.

In New York City, several apartment buildings will accept cryptocurrency for rent payments later this year. Several states such as Arizona, Vermont, and Florida, have amended laws to permit blockchain to be used for recording and transferring property deeds.

Traditionally, a buyer and seller must engage a title insurance company to transfer the deed and guarantee ownership rights to the buyer in a process lasting days or even weeks. With blockchain based cryptocurrency, transactions occur instantaneously because the virtual money is simply transferred from one digital wallet to another. The blockchain ledger is immediately updated with a note of the transaction creating a public log of the purchase henceforth releasing the deed.

“It’s very simple and easy,” Natalia Karayaneva, CEO of the San Francisco-based realty company, Propy, explained. “You just log in, pay, sign the documents electronically, and then you get a title deed with a blockchain address, as soon as the cryptocurrency is received. No hassle with banks.”

Cryptocurrency like Bitcoin operate independent of governments, unlike fiat currency.

Now, as almost an alternative form of regulation, Sweden, Canada and China have announced plans to launch their own official cryptocurrency. Sweden may launch its own digital coin as early as 2020.

National cryptocurrencies might help curb the wild fluctuations seen in the price of Bitcoin and other digital tokens like Ethereum and Ripple. This volatility has made some investors wealthy while impoverishing others, adding risk to the entire cryptocurrency market.

However, “there are no fundamentals we can use to pinpoint just how much Bitcoin is really worth,” explains Kevin McIntyre, professor of economics at McDaniel College. “This makes it difficult to predict the future, and how much you stand to lose should the bubble burst.”

If the U.S. were to issue its own official form of cryptocurrency, its stability would presumably rival that of the conventional dollar.

The more stable the currency, the more attractive it is to investors and speculators.

Even with the introduction of national cryptocurrency, experts say Bitcoin is likely to stick around because cryptocurrency issued by governments would cease the anonymity which makes independent cryptocurrency so attractive around the world.

“If I would go online and buy some things using cyberdollars, those firms will be able to identify who I am, what I’ve bought, and conduct target advertising based on my past shopping habits, just as they can right now with online dollar payments,” McIntyre elaborated. “There will still be people out there who view this as intrusive and a lack of privacy that they’re uncomfortable with. And in comparison, Bitcoin is almost perfectly private.”

Despite the promising potential of cryptocurrency, no investment in any kind of market or currency, from rubbles to Nasdaq to Ether, is without at least some risk.

“A lot of work will be needed to make the infrastructure secure,” elaborated Rod Garratt, professor of economics at the UC Santa Barbara. “Right now, if you follow cryptocurrencies, every other week there’s a big story about a hacking incident, which is scaring a lot of folks away, particularly the older demographics.”

Ultimately, the future of currency may hinge on whether society prefers privacy over stability. 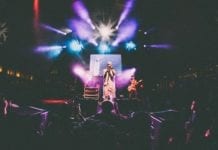