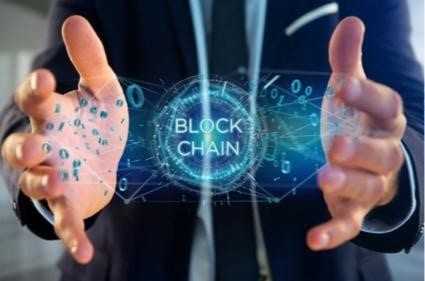 Way too many people are left behind at the start of a new technology revolution. It’s all because they don’t understand the underlying tech that drives fast-breaking trends. But, there’s a secret that solves this problem.

And, knowing the secret is important because staying on the sideline with the rapidly emerging blockchain technology super trend will be costly. In fact, Deloitte has forecast that within seven years, 10 percent of the global GDP would be built on top of blockchain technology. That comes to about $10.7 trillion.

That means Blockchain technology is much more than today’s hottest trend. The 21st century’s most breathtaking and complex technology… and its most mysterious… will dominate all phases of life on earth by 2025.

But, today, because blockchain fuels the secret world of cryptocurrencies, such as Bitcoin, not only do smart people struggle to comprehend blockchain technology, but the technology itself is rich with head-scratching terms, such as IaaS, SaaS, MaaS, and FLOSS.

Yet, investors don’t need advanced degrees in order to find tremendous success riding the runaway blockchain trend. And they don’t need to chase fleeting opportunities in the wave of speculative new cryptocurrencies – like the ice tea company that added blockchain to its name, then, oh so briefly, soared then tanked.

Because, to be successful with blockchain, investors today only need to know just one secret, which is this: Every earth-shaking technology revolution has one thing in common. The revolution is sparked by a band of unknown tech visionaries. They’re driven by the need to see technology evolve.

Sometimes the trailblazing geniuses make their breakthroughs in garages or basements, like Steve Jobs did. But more often than not, they emerge from elite universities, such as Harvard, MIT, and Stanford, places that encourage cutting-edge research… think Microsoft’s Bill Gates and Steve Ballmer, Facebook’s Mark Zuckerberg, and Google’s Larry Page, and Sergey Brin.

This is why a now time-tested way to achieve high-tech investing success is to follow the early venture-capital money that flows to the elite brains.

Follow The Brains And The Money To Tech Investing Success

And, it’s why investors must keep their eyes on DMG Blockchain Solutions Inc. (TSX.V: DMGI) (OTC: DMGGF). It’s led by a band of blockchain pioneers whose pedigrees include, Harvard, Stanford, and Cambridge, and who have been on the ground floor with companies such as Facebook, Uber, Lyft, Cisco Systems, Like.com, and the industrial Bitcoin mining pioneer, Bitfury. They are Silicon Valley trailblazers.

To look at that $ 35 million another way, it is 70 times more than Peter Thiel initially invested in Facebook. Thiel, Facebook’s first big investor, sold off most of his stake, turning his initial $500,000 investment into more than $1 billion in cash.

So, when it comes to DMG Blockchain Solutions (TSX.V: DMGI) (OTC: DMGGF), recognition of its world-class team is a compelling reason why there’s such a strong buzz around it.

Its team of blockchain pioneers includes:

Best of all, for all their expertise and accomplishments, the DGM Blockchain Solutions team is already delivering results today.

While blockchain technology drives the cryptocurrency market’s throbbing pulse, DMG Blockchain Solutions neither creates currencies nor serves as an exchange where cryptocurrencies, such as Bitcoin and Ether, are bought and sold.

Instead, DMG has secured access to 85 megawatts of power that could drive a massive blockchain stack of 50,000 servers for clients who mine cryptocurrencies. Currency mining is a huge crypto trend. It’s a hyper-mathematical competition where winners are rewarded in Bitcoin.

Basically, Bitcoin mining is the method in which transactions on the Bitcoin blockchain are confirmed and processed. Miners are rewarded for their help with a percentage of the transaction fee charged to the Bitcoin user. But, mining takes massive electric and computing power because the algorithms behind the mining programs are so powerful… and speed is essential because there are millions of people competing for the same reward.

This has led to a business model known as Mining-as-a-Service, or MaaS. It involves providing outrageously powerful computing power to clients who want to start new Bitcoin mining operations, but don’t know how to do it.

It’s just like calling a taxi, or Uber. You don’t need to know how to drive to get from point A to point B. You just need to be able to pay.

As an industry-leading pioneer, DMG Blockchain Solutions was one of the first to use the MaaS model.

Each month, DMG is handsomely paid for its services in U.S. dollars, from each of its clients. In this model, it doesn’t matter what happens to the price of Bitcoin, because wild price swings or not, DMG gets paid.

MaaS is a hot trend within the super trend. It’s what led DMG Blockchain Solutions, on March 27, 2018, to announce that it has sold out of its current capacity of 2,650 mining rigs for its Bitcoin MaaS business. That puts it on track to become one of North America’s leading bitcoin mining companies.

MaaS is destined to be but one of DMG Blockchain Solutions’ major profit centers. Because, one of blockchain’s most exciting potentials is how its raw computational power can be used to manage the global supply chain.

Supply Chain Is A Rapidly-Emerging Trend

More evidence of the supply-chain revolution happened on March 1, 2018, when Walmart won the patent for its “Smart Package” system.

Blockchain technology is popular with shipping and delivery companies, too. UPS joined the blockchain via a Trucking Alliance in November 2017. Singaporean port operator PSA International struck a deal with IBM to test and develop a blockchain-based supply chain network in August 2017.

The supply-chain revolution is also what led Emerald Health Therapeutics to sign a letter of intent on January 26, 2018 that calls for DMG Blockchain Solutions to deliver it a cutting-edge system.

It should come as no surprise that legal marijuana will be a highly regulated marketplace.

In this joint venture, Emerald would provide its expertise and reputation as one of the first Canadian Licensed Producers under the Access to Cannabis for Medical Purposes Regulations. DMG Blockchain Solutions will develop and implement a blockchain supply chain management solution designed specifically for the cannabis industry.

Known as CannaChain, the supply chain management system aims to give consumers totally transparent assurances regarding the origins and characteristics of a cannabis product. The platform will also ensure adherence to Health Canada’s regulatory reporting requirements.

Because each step in the supply chain is securely recorded in the blockchain, this ground-breaking platform creates an irrefutable record outlining the journey a product makes. As with Walmart in its sector, the implications of DMG’s cannabis project could prove highly useful to all kinds of horticultural or agricultural industries.

Only blockchain pioneers, such as DMG’s, have the authority and expertise to evoke trust from huge global businesses.

And, because DMG’s experts are so trusted, the company is on the forefront of creating cryptocurrency transparency for the benefit of cryptocoin investors. That’s why DMG works directly with law enforcement, accounting, and legal firms to provide forensic services related to cryptocurrency.

Proving itself to be transparent and honest, DMG Blockchain has Certified Fraud Examiners that work with blockchain analytics software companies to assist in cybercrime investigations.

This is why when investors find a company that is led by industry pioneers, such a DMG Solutions, they can expect the company to remain on the leading-edge of innovation and transparency.

That makes DMG Blockchain Solutions (TSX.V: DMGI) (OTC: DMGGF) much more than just a quick in-and-out profit maker. It makes it a long -term play, in which early entry investors are positioned for significant windfall gains.

Ultimately, while DMG looks to be a superb pure-play blockchain opportunity, investors should conduct their own due diligence into it and its appropriateness for their investment strategy.

BuyBlockchain.net is owned by MILLIONAIRE MEDIA LLC., a Nevada Corporation that has been compensated One Hundred Thousand Dollars by DMG Blockchain Solutions for a period beginning February 1st, 2018 and ending May 1st, 2018 and another Sixty Thousand Dollars From May 1st Through July 1st 2018 to publicly disseminate information about DMG, its products and services for potential customers and that while the company is publicly listed and its shares can be bought and sold, the purpose of this advertisement it to present information and awareness about DMG and its products and services. We own zero shares. 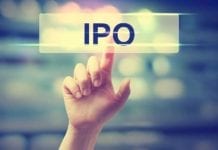