Cryptocurrency has blown up in a major way in the last couple years in large part thanks to the popularity and volatility of bitcoin. While the buzz and increase in popular curiosity are overall good for cryptocurrency and blockchain in terms of driving up values, investments, and experimentation, as is often the case, mainstream media, TV in particular, often end up spreading misinformation, essentially creating commonly believed myths.

Depending on what kind of coverage one watches, mainstream coverage gives many people the belief that cryptocurrency will revolutionize finance overnight, or that it provides a guaranteed source of money.

Others, seeing those expectations prove false, may then be given to the belief that all cryptocurrency is a scam. All of these beliefs are false but easily propagated by television and online tropes.

On the one hand, it’s an inspiring reflection of the socioeconomic progress that cryptocurrency is represented by pop culture, but when misinformation about the cryptocurrency industry is spread, its image and therefore progress is tarnished. In an age where Facebook is a trusted but ultimately unreliable source of news and information, the societal trust in media, like TV and blogs, cannot be overstated nor underestimated. Even media outlets often don’t fact check or rely on primary sources so it is certainly not expected the average person will do so either.

In order to help people stay ahead of the curve and become actually informed about cryptocurrency, here are a few common myths perpetuated by TV dispelled. For even more clarification on popular myths, check out 10 Misconceptions About Blockchain and Cryptocurrency.

Reality: Bitcoin is a store of value which, although originally intended to operate like currency, is now widely accepted as “digital gold.” This is specific to bitcoin, not all cryptocurrency, because of bitcoin’s slow transaction time, scaling issues and overall systemic complexity.

When Leslie Knope in Parks and Recreation is told by a web developer to “PayPal [him] some bitcoins” as payment, her confusion is meant to reflect her cluelessness but she’s actually right to be puzzled. First, PayPal’s current platform cannot logistically transact bitcoin, furthermore, cryptocurrency transactions aren’t instantaneous as of now, either.

Reality: Bitcoin is like all cryptocurrency, and all markets for that matter, in that it provides an educated gamble at potentially earning a profit through good timing, proper research and sometimes, even just plain luck. There’s no guarantee of a return on a person’s investment in Bitcoin or any stock. One must always do their due diligence and thoroughly research any cryptocurrency or stock before investing; even then one can lose their money very quickly and unexpectedly.

Reality: Cryptocurrency exists on a blockchain which means that a person’s purchase of coins is recorded on a distributed ledger composed of a network of computers validating each coin’s ownership. Investments and ownership are stored on the blockchain network, not any single device as misleadingly depicted on the Big Bang Theory episode focused on the search for a laptop holding bitcoin. The characters discover the bitcoin is forever lost as it was downloaded onto a long gone USB, although in reality that wouldn’t matter.

Reality: A fundamental principle of cryptocurrency and its underlying blockchain is an inherently safe design made possible through high-tech security protocols. Digital money is secured in an online wallet, secured by a private key, kept private on a ledger device, and protected by multiple passwords. All these components are obstacles against criminal hacking and theft. In reality, fiat currency and lines of credit are far easier for criminals, cyber or otherwise, to steal.

Meanwhile, the Billions episode in which Axe “gives his trading partner” a ledger containing a million dollars in cryptocurrency would have one believing otherwise. The digital cryptocurrency isn’t actually stored on a ledger itself, only its private keys are, so the trader doesn’t have the capability to access the funds Axe is promising.

The unglamorous, less salacious truth is that blockchain technology and cryptocurrency are incredibly complex spaces, challenging even for insiders to navigate because it changes so much.

However, cryptocurrency is wildly exciting despite or perhaps because of its complexity as it provides an opportunity for wealth to transcend borders of space, class, and privilege.

As with any market, people need to educate themselves on cryptocurrency to learn its basics, fundamentals, and trends before they can actually even consider investing. While the buzz on TV may have piqued one’s curiosity, let that be the start of their entry into the cryptocurrency space. Learn more by checking out some of the easiest to digest articles like How to start investing in blockchain stocks or What is Blockchain Technology?. 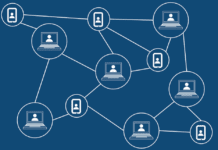