These days, tech savvy investors discuss general blockchain stocks and blockchain news, indicating the direction in which our global economy might be moving. However, keeping up with blockchain news, or even specific Bitcoin news or Etherum news, might be a bit overwhelming, and it might leave the less technologically savvy among us wondering what exactly a blockchain is, and how it can be used.

What is a “blockchain” and how is it used for cryptocurrency exchanges?

A “blockchain” might seem like a strange concept, like something out of a sci fi movie. In actuality, however, when we look at a blockchain on a larger scale, it works in a way that is similar to online tools and services with which all twenty-first century internet users are familiar.

In a blockchain, many individuals can write entries into a record of information. In this way, it is a lot like Wikipedia and other sites that are maintained by groups of people working together. In turn, a community of users can control how the record of information is amended and updated in the blockchain (or Wikipedia, for that matter). Individual entries can be updated by more than one user, and a blockchain is a collaborative effort. No single individual can control the flow or publication of information as making it is a truly collective effort of publishing and patrolling content.

Blockchains are commonly associated with cryptocurrency, and, specifically, Bitcoin.

However, blockchain is much bigger than cryptocurrency. As proponents of blockchain point out, the blockchain “trustless” structure has great potential for other applications. Blockchain has the benefits of decentralization. This means that, when you use it, you’re not held “ransom” to a single individual or small group. It also eliminates the need to trust random and unknown miners, as the rest of the network must agree on the updates. Thus, a lot of variables that could be potentially troubling are largely eliminated.

Blockchain technology could be beneficially applicable to more than just the exchange of cryptocurrency.

There are more blockchain applications than one might expect. Researchers Rob Gowers and Jukka Aminoff published an essay in which they discuss this matter. They wrote, “The beauty of blockchain is that something can be unique and stored digitally with ease, without needing an equivalent in the real world. For example, things like contracts, wills, deeds and share certificates might only require a piece of code stored on the blockchain that represents the exchange. Instead of a trusted intermediary verifying transactions, the computers of the shared network of bitcoin users themselves perform the verification at no cost to those involved in the transaction.” Thus, blockchains might not just be transforming currency–it might also transform the ways in which we conduct business in other aspects of our lives.

In fact, even the distribution of knowledge might be transformed by blockchain technology.

Wikipedia co-founder Larry Sanger supports Everipedia, which intends to put an entire encyclopedia on a blockchain, thus creating a decentralized repository impervious to blocking and transforming how we get information.

The same blockchain technology used to verify cryptocurrency transactions could transform how we communicate.

Siglo wants to allow phone users in developing markets to receive free data allowances exchanged on the blockchain, in exchange for displaying ads on users’ phones. Blockchains are also getting into the marijuana business. ParagonCoin uses the blockchain to store information about cannabis distributors, which allows applications like supply chain tracking to store lab and harvest data for this booming industry.

Regulation is still a somewhat new, and largely absent, factor with respect to blockchain technology.

Some countries, such as South Korea and China, are implementing regulations. However, blockchains are still new, and the technology is still expanding and being used in novel ways. Blockchain is so much more than cryptocurrency. It might end up shaping the ways in which we use several industries in the twenty-first century. (To learn more about blockchain technology, read What is Blockchain Technology?) 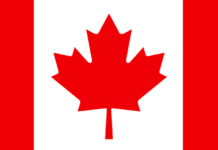