A few years ago many people used to send BTC micropayments and tips to each other on forums and social media apps like Twitter. These days you can’t do that anymore because bitcoin core’s average fees are too high to send small increments under 15 dollars, and because companies like Changetip stopped offering tip services. Since the inception of bitcoin cash this past August, BCH users have been able to send small increments because fees are 2 cents or less per transaction.

The BCH Tippr bot is available on Reddit and Twitter. At the moment a lot of users are using the program to tip people. Tippr users on Reddit simply call “/u/tippr” and enter the number of funds they want to send and specify another user. The same thing can be done on Twitter by tagging the bot and the person on the receiving end and typing “$0.50 @tipprbot.” Tippr has been used on Twitter quite a lot since it started last September and you can observe this by scrolling through the bot’s account.

“I’m a bitcoin cash tip-bot for Reddit and Twitter, allowing you to send bitcoin cash to other users easily,” explains Tippr’s introduction.

Additionally, Tippr sees a lot of use on Reddit according to the bot’s stats. Users on Reddit are sending anywhere between $200 to $4600 in BCH per day using Tippr. The bot has transmitted approximately $71,036 (50.5 BCH) since it started offering tip services on Reddit. According to the data, there are some pretty big tippers as some accounts on the forum have sent between $5,000-7,300 worth of BCH. Out of 9,915 Reddit users sending BCH with Tippr over, 20,000 tips have been sent to users on the popular forum.

Tippr is operated by the digital goods merchant and payment processing firm Rocketrand individuals who have issues with the tip bot can reach out to the Rocketr team. The team is also helping merchants accept BCH with the company’s own gateway. 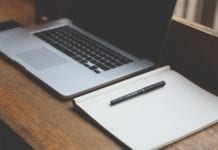